Lukin Potgieter aka ‘Frankinsense’ began his musical journey at the age of 14 when he bought his first guitar and became hooked instantly. The feeling of having a guitar in his hands was all a 14 year old kid like him needed in life. As the years went by, he adopted different influences of music and enlarged his variety of music taste. Genres such as hard rock, indie rock, punk rock and metal really stood out for him and soon enough, he was on stage playing for a mix of bands. He began experimenting with playing different instruments such as bass guitar, piano, drums, didjeridoo, harmonica and cello, and realized that guitar was not the only instrument he enjoyed playing and so he began composing music with as many instruments as he could get his hands on. At the age of 19, he got introduced to the Psychedelic trance scene which opened his eyes to a completely new and different avenue of music. Electronic music never really appealed to him until he discovered how much joy and freedom psytrance brings to people as well as himself. The major spiritual aspect, intricate melodies and energetic bass lines of Psychedelic trance influenced him to begin composing his own electronic music, while maintaining and combining his passion for instrumental composition. He then moved to the small surfer town of Jeffrey’s Bay at the age of 20 to take part in a gap year program. This is where he found himself as a person and as an artist and recommitted his life to Jesus Christ. He invested in his first authentic digital audio workstation and began recording and producing his own music as well as local artists in the area. He came to find that even though he recommitted his life to God, his driving passion for electronic music would never die down and so he began to produce again, only this time from a perspective of knowing who he was in his identity and walking in true Spiritual freedom. You can expect the music of Frankinsense to uplift you in spirit and emotion with euphoric melodies and soothing atmosphere. His music carries the weight of his walk of life, as well as the Spirit of the God who works through him.

BE REAL (FULL ALBUM) OUT NOW! GRAB YOUR COPY AND GET STOMPING! 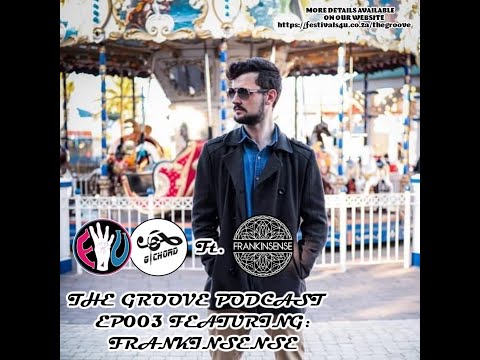